Our technology was initially built to serve aerospace, government, and military applications to automatically find and remediate Y2K issues more than two decades ago. The intentional evolution incorporating the advancements earned over a long-standing modernization track record is employed to the benefit of our clients over and over again.

The technology at the core of our solution, called JANUS Studio®, is built upon hard-work, experience, and ingenuity. We never stop improving. JANUS Studio® is the most advanced framework for automated software assessment and documentation, transformation, and refactoring.

We invite you to share in our vision of creating a world where organizations are not limited by technology.
Get Started 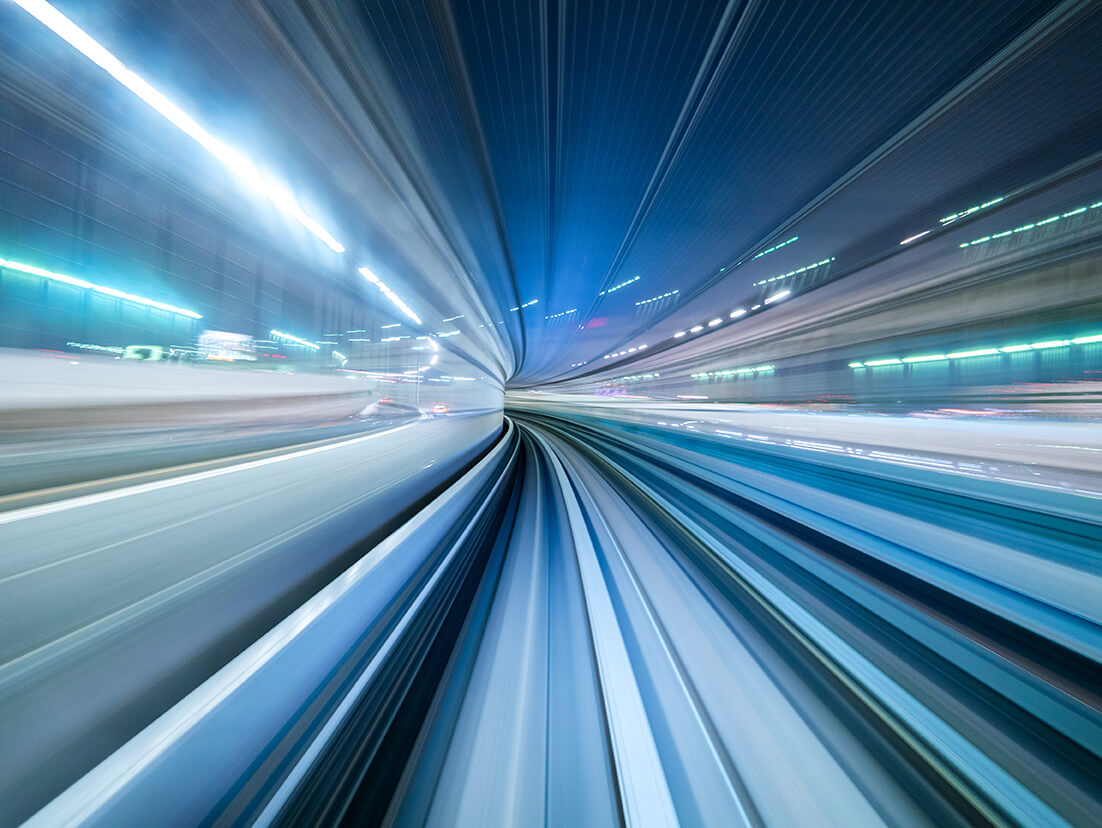 Our fully automated toolset ingests each software application and truly transforms it into a modern, native, object-oriented target language such as C++, C#, Java, or J2EE, running on Linux, Unix, Windows, and other real-time target architectures.

All change is iterative and feedback-driven, accomplished by rules applied to models.

TSRI's fully automated and semi-automated refactoring process reengineers and iterates over the code to improve code structure, quality, security, performance, and maintainability post-transformation based on design patterns, feedback from our partners and customers, and outputs from tools such as SonarQube, VeraCode, PMD/CheckStyle, LDRA, Cast, Fortify, and many more 3rd party tools that can help identify issues but not remediate them automatically. This is where our refactoring shines!

Save time and O&M money with TSRI's full UML documentation. We provide comprehensive, on-demand documentation for both the source application and the transformed, modernized application. HTML-based detailed evaluation of the existing system's UML design and architecture provides information that reduces time spent maintaining and developing in legacy, while lending parallel insight and familiarity of the known to better design and improve upon the transformed and modernized output application.

We transform monolithic applications, their user interfaces and databases into multi-tiered, modular, and cloud-enabled applications into the desired architecture. Our solution features a powerful refactoring capability which helps iterate over code to increase maintainability, quality, and security. The flexible process allows for feedback and changes with each iteration, sprint, and spiral — applied to all code at the same time. The iterative nature of the process allows for a minimal code freeze and minimal business disruption.

TSRI ispreciseprovencollaborativedependableWe're here to help you!

0
TSRI's language library is continually growing based on customer demand. Our solution not only automatically modernizes the most common languages like COBOL, PL/1, JCL, Assembly, ADA, and Fortran, but dozens more, their databases and user interfaces as well. All use the same proven process and methodology. If you have a combination of languages or one we haven't addressed yet, our solution can handle that, too!

When you say 99.9X% levels of code automation, how much additional manual intervention is required?

There is no manual intervention required to transform code via our JANUS Studio® toolset; it is really 99.9X% automated. Even the little bit of a percent we hand patch we can roll into our automation for the next project.

This high degree of automation is due to our modeling process. As the first step during our modernization, TSRI needs to create a full and complete model of the application. This is where all the work that TSRI does, for example refactoring and redesigning, happens.

How does TSRI's approach minimize risk?

TSRI’s approach has a 100% success rate over all 130+ major modernization projects we have undertaken, all of which are reference-able projects. This is not magic, but the result of a fully-automated code documentation and transformation process as well as a disciplined and free pre-project assessment phase during which TSRI will identify any potential risks to the project.

The JANUS Studio® transformation provides code that is accurate and uniform, eliminating the risk of technical failure. TSRI reduces financial risk by operating on a Firm Fixed Price (FFP) basis for initial tasking and Firm Fixed Rate (FFR) for testing and implementation support. While manual and semi-automated transformations rely on coordination of many—often hundreds—of developers, TSRI’s automated processes typically require only a handful of project management engineers, typically fewer than 10 people, avoiding the risk of key personnel departures. Finally, because a code freeze of only a couple days to a week is required, maintenance and updating can continue on the application all through the assessment and development process, eliminating the risk, business disruption, and project failure associated with long code freeze periods.

What level of automation is TSRI able to achieve?
TSRI is able to achieve a 100% level of code automation in our artificial intelligence-based transformation engine called JANUS Studio®.
How fast is TSRI's code conversion?
Our tool transforms 1 million lines of legacy code into modern code, in about 30 minutes. This is not magic, but the result of using a 100% automated, iterative code conversion process that has been developed over 2 decades, and hundreds of millions of lines of code. Test-ready code will be produced through this iterative process, which will then need to be tested, integrated, and fielded.
Can you prove that TSRI's technology can transform or document my code automatically?
Yes, definitely. If you can provide TSRI with a portion or all of your source code (under NDA if neccessary), we can generate a first-cut Transformation Blueprint® of your source code, which will be available to you as a free preview.

This allows you to review your source code and the transformed code, side-by-side. The Blueprint also shows other artifacts, such as structure of the code with Structure Charts, Control Flow Graphs, Data Flow Diagrams, State Machine Models, McKabes' Complexity Index, Similar Code and much more.

This is also where we identify all the gaps that we may have found in your code base and need to adapt to.
What industries does TSRI have experience in application transformation and documentation?
Although we have experience transforming code in a variety of industries, whether it's government, defense, financial, insurance, entertainment, logistics, or commercial, our toolset is truly industry neutral. The specific functionality of the application, as well as its external interfaces, databases, user interfaces, and other factors do not affect our ability to transform the application to a functional equivalent in a new language and architecture. TSRI has modernized everything from submarine weapons and satellite code to billing applications for major telecommunications companies. Our language and approach will be applicable to your source application.
I am skeptical, considering I have heard of so many legacy code modernization failures. Why do they fail and why is TSRI's approach different?

There are a few main reasons why legacy code modernizations fail.

First, manual rewrites can take a great deal of time, particularly for large applications. During this time, changes to the project goals may cause further delays or even cause the project to restart from the beginning. The cost for manual rewriting of code is already very high, and so starting over becomes particularly costly.

Also, long code freezes of months and years are common with manual or semi-automated conversions, which result in major issues for your user base, and eventually project failures.

Transliterative tools that focus on line-by-line translations of the source code into the modern code are also widely used. Just as using a dictionary to translate from another language to English one word or sentence at a time would result in many areas of confusion, so these tools produce results that don’t accurately reproduce the functionality of the original application.  Even when completed, this results in complicated and unmaintainable applications.

Finally, the costs associated with large numbers of people on partially automated and manual modernization projects can be very high. These costs grow as features are added or changed several months or years into the project, until millions and often hundreds of millions have been invested.

The fully 100% automated functionality of TSRI’s JANUS Studio® solves all of these problems, and it's the reason all of our past projects were successfully completed, and all of our past projects are referenceable. This perfect track record of success has been honored with recognition ranging from the Stevens Award for our founder Philip Newcomb, as well as the Top 20 Most Promising Defense Technology award from CIO Review

What are the different options for modernization?
Since the late 1980s, we have seen many solutions hit the market. Below is an overview all the options we typically see. Generally, there are 5 Modernization/Migration Options:
What system-level documentation are offered by TSRI?
TSRI’s JANUS Studio® generates richly indexed and hyper-linked system-level design documentation of the entire legacy system. This is called “As-Is” documentation of the source system, also called Application Blueprint®. Once the system is in its modernized state, the target code is also documented. This is called “To-Be” documentation, also called a Transformation Blueprint® . The “As-Is” and “To-Be” documentations can be combined to allow a side-by-side view of both systems. Customers may receive a free Transformation Blueprint ® using a sample of their own code and choice of target language.
What are the advantages to TSRI's approach?
Because our toolset is tuned to the source code to perform near-100% automated code transformations very rapidly, we can make changes to the transformation specifications and then re-transform the entire application after that change is made. While bringing a great deal of flexibility to the project, this allows also us to perform refactorings like eliminating dead and redundant code, code consolidation, architectural level refactorings, or simply make changes to improve maintainability and readability,  then re-transform the code very quickly.
What are TSRI's tools and processes for modernization?
TSRI’s JANUS Studio® is a suite of integrated tools from which TSRI provides fully automated modernization processes. Specifically JANUS Studio® will:
1. Perform detailed analyses of legacy source code.
2. Transform legacy source code into modern target languages.
3. Perform initial detailed analysis of target code (to support testing).
4. Apply fully automated refactoring operations.
5. Iteratively apply semi-automated refactoring operations.
6. Perform final detailed analysis of target code (to support testing and future system maintenance)
Does TSRI modernize the GUI, database, batch, online, and other internal calls?
Yes, TSRI can modernize the GUI and database. We have modernized many different databases such as flat-file, hierarchical, and relational databases. Most of our target databases are relational, such as Microsoft SQL Server, Oracle SQL Server, but we also modernize non-SQL databases and open-source databases.

TSRI works in support of the client and system integrator for the entire project.